First of all...if you don't like this art, that's fine. I don't want to hear about it.

Second, I wanted to explain a little bit about my Serial Killer. I struggled for a long time trying to put myself in the shoes of an SK...it wasn't working. And I suppose for that I should be glad. Nevertheless, the deadline was looming and I was commited to coming up with something. It finally occured to me that I wanted my SK to be someone who kills people because they are cruel to animals. All kinds of animals, not just cute little puppies and bunny rabbits. I wanted to challenge the viewer  - to make them feel almost sorry for the SK, to perhaps understand a little of where his madness comes from and what drives him to do these unspeakable things. I chose 4 different kinds of animals, a cat, a mouse, a elk/deer, and a cow - the domesticated pet, the nuisance animal, the traditionally hunted, and the pragmatic, respectively. I also created brief 'police report' fragments detailing what was found at the crime scene. I probably don't need to say it, but this is entirely a work of fiction. 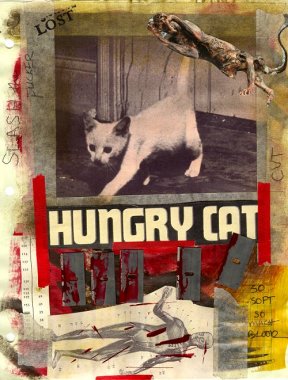 The body of a man was found last night in a local trailer park home. While forensic evidence is not yet complete, it has been determined that the man died from massive blood loss due to multiple lacerations. The cuts, which covered his entire body, according to police, resembled the claw marks of a large animal. However, police also noted that it was definitely not an animal, but a human that made the cuts. The man’s cat was also found dead, but neighbors speculated that the cat had been killed by its owner, who had reportedly abused the animal on previous occasions. No suspects have been arrested. 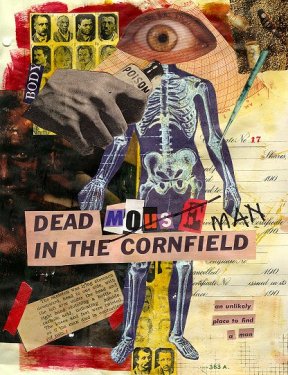 A man was found murdered yesterday – poisoned with rodent killer. His body was found in an unnatural position in a local cornfield, contorted with pain. In addition, the man’s abdomen was cut open, surgical style, and his stomach was filled with small rodents such as mice and voles. Rodents were also found in the man’s mouth and anus. It has been determined by forensic scientists that the rodents were dead from poison before they were placed in the stomach. No suspects have been arrested. 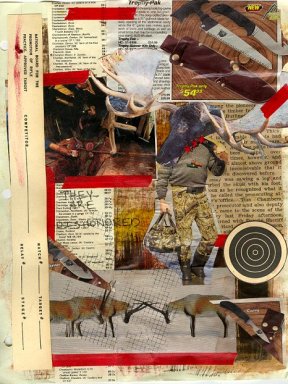 Yesterday, three hikers found the body of a man who has been missing for three weeks. The man was found strapped to the hood of his car, which had been pushed into a ditch on a remote road outside of town. The case took a bizarre turn when it was discovered that the man’s head had been removed and the head of an elk had been surgically sewn onto his body. The body of the elk, which had been buried nearby, had been shot. Bullets taken from the elk were confirmed to have come from the dead man’s gun. No suspects have been arrested. 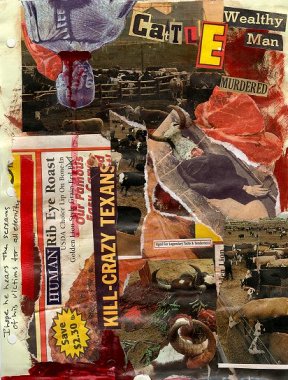 Wealthy Texas cattle packing plant owner William (Billy) Ray Yancey was found murdered yesterday in one of his packing plants. He was found hanging upside down with his throat cut and his head partially severed. Stun marks were found on Yancey’s body. In addition, he had been flayed open from groin to sternum and the skin on his torso had been partially removed. Cause of death was determined to be massive loss of blood. No suspects have been arrested.